Rain city sling - Round one 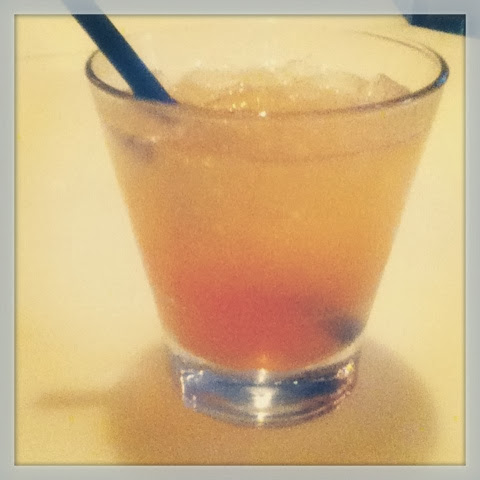 What you're looking at is the first version of the 'Rain City Sling'. I wanted to capture the essence of a well known classic - the Singapore Sling - and give it a Vancouver twist. So here's the basic idea, a gin and citrus cocktail, that plays off of other established Vancouver trends, yet still noticeably a classic.

Here's what round one has come down to:

Shaken and strained on ice. And then topped with Bellini slush mix, and cherry brandy.

The hope was to mimic the image of both the slushed Bellini (a well known Vancouver cocktail, hailing from Milestones Grill + Bar), and the Singapore Sling. The mistakes were that the Bellini and cherry brandy did not float as intended. A minor setback; I'll have to take more care while layering in future versions. Another mistake was that the lychee overpowered the choices of citrus juices, which is another problem I've already thought about - I'll simply have to use a stronger tasting fruit juice, such as lime, and perhaps consider using less lychee.

The taste and structure are, however, solid concepts. They mixed well, and the appearance was "Oh so close" to hitting the nail on the head. Expect round two, very shortly!